Hole CB-16-03 was drilled to test a geophysical anomaly identified on a preliminary Magnetotelluric (MT) profile along Seabridge Gold's proposed tunnel route and further defined based on a survey carried out by Simcoe Geoscience Ltd. earlier in the season. Tudor awaits the final results of the MT survey.

Tudor previously released partial assay results from hole CB-16-03 (316 to 717.7 meters downhole), along with complete assays for drill holes CB-16-01 and CB-16-02 in Tudor's news release dated October 11, 2016. In total, eight holes were drilled on the property for a total of 3765 meters during the 2016 field season. Assay results are pending for the last five holes.

James Hutter, P.Geo., is the Qualified Person as defined by National Instrument 43-101 for the 2016 Treaty Creek Project and the results reported by Tudor.

Darren Blaney, American Creek CEO stated: “We are very excited about results from the first three 2016 holes on Treaty Creek. Collectively they’ve extended the known mineralization at Copper Belle, found a new gold zone, and extended gold intervals to depth. The first three holes are all in close proximity to the “discovery contact” discussed in the 2014 Kyba/Nelson BC Geological Survey report, to the Sulphurets thrust fault, and to clastic sequencing (Turbidites) found on Treaty Creek. According to the report, these three things in combination increase the chances of “being in the right neighborhood of BC’s next big deposit.” We believe the results thus far at Treaty Creek are the beginning of that discovery process.” 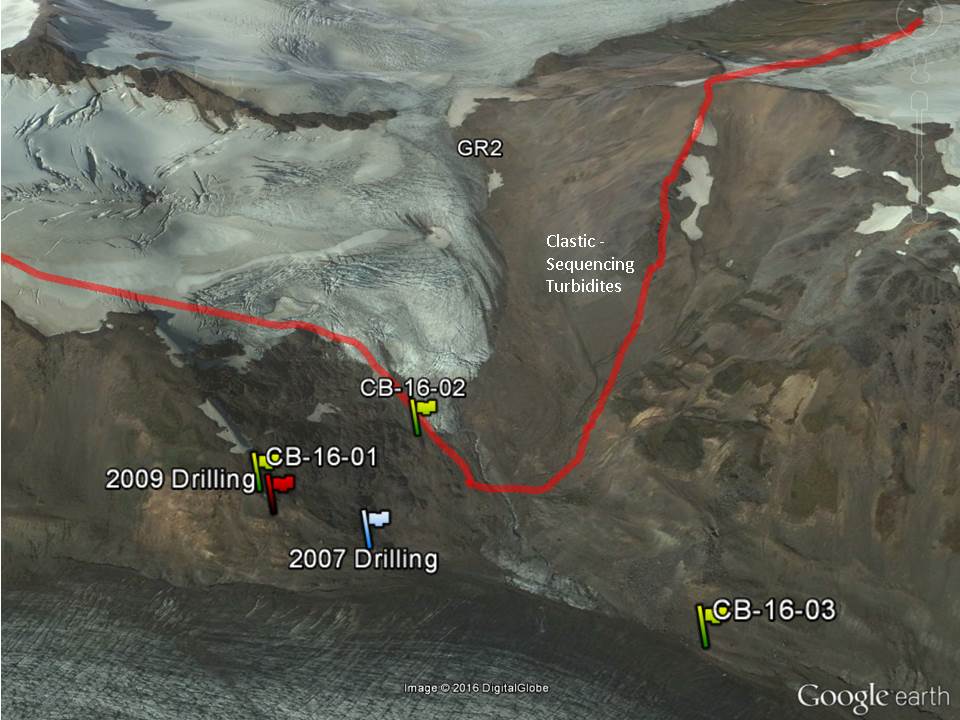 American Creek is a Canadian mineral exploration company focused on the acquisition, exploration and development of gold and silver properties within the Province of British Columbia, Canada.

In addition to the Treaty Creek project, the Corporation holds interests in the following “Golden Triangle” properties:

The Electrum property is located approximately 45 km north of Stewart between Pretivm’s Brucejack gold deposit located 25 km to the north and the past producing Premier gold mine 20 km to the south. The Electrum shares similar geology to both the Brucejack and the Premier. The project is a JV between operator Tudor (60%) and American Creek (40%).

Tudor recently concluded a diamond drilling and blast trenching program. Initial trenching results reported by Tudor on Sept 12, 2016 included silver grades up to 30,200 g/t within the New Blast vein system. Further results from the drilling and trenching are pending.

The 850 hectare property is located 8km north of the town of Stewart and intersects paved Highway 37A. It is adjacent to American Creek's Silvershot property.  The principal Dunwell workings are about 2km east of the highway and are accessible by 4x4 vehicle with travel to the remaining portions of the property by foot. Due to the property being located at low elevation, exploration can take place almost year-round.

Certain statements contained in this press release constitute forward-looking information. These statements relate to future events or future performance. The use of any of the words "could", "intend", "expect", "believe", "will", "projected", "estimated" and similar expressions and statements relating to matters that are not historical facts are intended to identify forward-looking information and are based on the Company's current belief or assumptions as to the outcome and timing of such future events. Actual future results may differ materially.
All statements including, without limitation, statements relating to the potential mineralization and geological merits of the Treaty Creek property and other future plans, objectives or expectations of the Company are forward-looking statements that involve various risks and uncertainties. There can be no assurance that such statements will prove to be accurate and actual results and future events could differ materially from those anticipated in such statements. Important factors that could cause actual results to differ materially from the Company's plans or expectations include risks relating to the actual results of current exploration activities, fluctuating gold prices, possibility of equipment breakdowns and delays, exploration cost overruns, availability of capital and financing, general economic, market or business conditions, regulatory changes, timeliness of government or regulatory approvals and other risks detailed herein and from time to time in the filings made by the Company with securities regulators. The Company expressly disclaims any intention or obligation to update or revise any forward-looking statements whether as a result of new information, future events or otherwise except as otherwise required by applicable securities legislation.