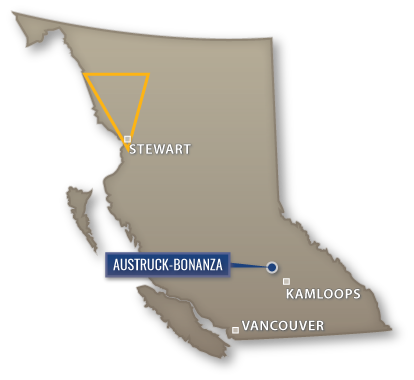 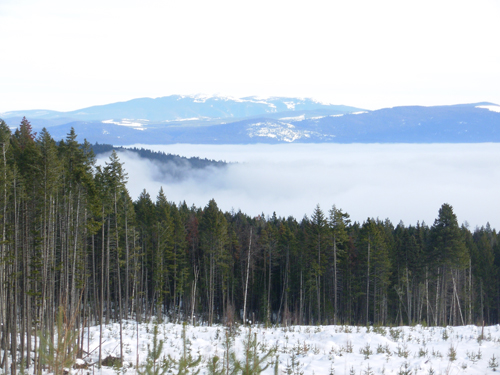 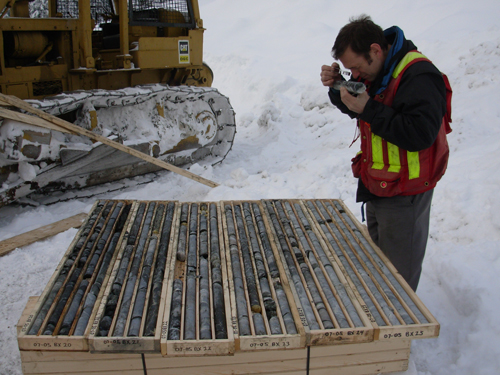 The Austruck-Bonanza Property is located within the Kamloops Mining Division 53 kilometers north west of the city of Kamloops in south central British Columbia. It lies within the southern extension of the Quesnel Trough (a heavily mineralized major trend through central B.C) and is contiguous with WestKam Gold’s Bonaparte Gold property to the south east.

Paved roads, power lines, telephone and other infrastructure follow the west side of the North Thompson River along the Westsyde Road corridor to within 15 kilometers of the property. A skilled labour force for mining and exploration is available in Kamloops.

The earliest work recorded in the Ministry of Energy and Mines assessment report database was conducted in the late 1960’s, initially exploring for molybdenum potential and more recently for precious and base metals. Perhaps the most significant recent development in the area is within the Bonaparte Gold Property, located immediately south east of the Austruck-Bonanza Property.

Work on the neighbouring Bonaparte property has outlined the presence of a series of well-developed shear zones that contain numerous auriferous quartz veins. Intersections encountered in diamond drilling at the adjacent Bonaparte property include:

Two small open pits on the Bonaparte property were excavated in 1994, yielding a 3,700 tonne bulk sample grading approximately 26.5 grams gold per tonne. Several high grade intersections were encountered in diamond drilling beneath the present bottom of the pit. Another small bulk sample of 364 tonnes was run in 2010 with an average grade of 16.28 grams gold per tonne. The rock was smelted down and the gold recoverd was sold to help pay for the program.

A large scale bulk sample taking place on the Bonaparte property right now.  This 10,000 tonne program that started in July 2016 is far bigger than anything done previously in the area.  Rock will begin to ship in September 2016.  The area of high grade veins and bulk sampling taking place is right next to the common boundry with the Austruck-Bonanza claims.

The Austruck-Bonanza Property is underlain by Devonian to Triassic Harper Ranch formation comprised of fine grade sedimentary rocks including mudstone and shale, and includes basaltic volcanics.

The geology of the area represents an erosional window through Miocene Plateau basalts exposing the older underlying Devonian to Triassic metasediments and volcanics. These have been intruded by Triassic to Jurassic granodiorite and quartz diorite that is believed to be part of larger underlying batholiths. Several large faults crosscut the area subdividing it into separate structural domains.

The area of interest historically explored consists of fracture zones that cut the quartz diorite intrusions and the older country rocks. The fracture zones appear to be part of larger regional structural zones.

Mineralization in the Austruc k-Bonanza property area is associated with shear and fracture zones that cut small intrusive bodies and surrounding sedimentary rocks. Mineralization is within quartz veins and stringers that are spatially related to the intrusive bodies. Sulphide minerals have been identified within the quartz veins, and in places within the surrounding host rocks.

Ore minerals that have been identified within the quartz veins and surrounding host rock include galena, sphalerite, pyrite, pyrrhotite, arsenopyrite, chalcopyrite, and molybenite. Minor native gold has been identified, as well as silver-grey tellurides. The mineralization style has been classified by previous workers as epigenetic, hydrothermal, gold-qartz veins. 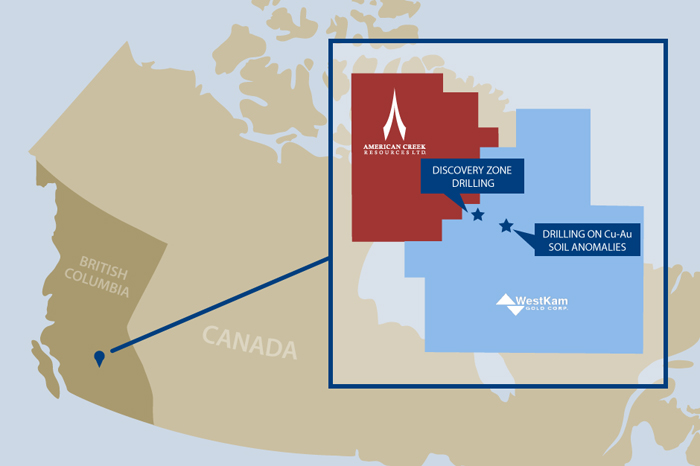